"Robot Technology for Disaster Prevention and Response and its Societal Dissemination" 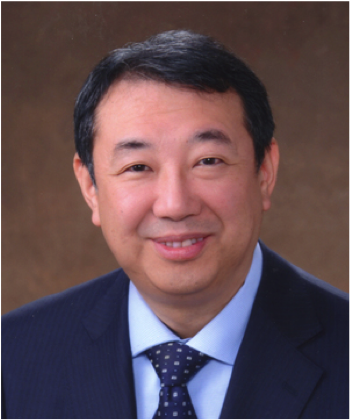 AbstractThe Great Eastern Japan Earthquake and Tsunami occurred in 2011, and the accident of Fukushima Daiichi Nuclear Power Plant occurred. Utilization of remote-controlled machine technology including robot technology was essential for the response against the accident to accomplish various tasks in the high-radiation environment. In this presentation, the robot technologies which have been developed and utilized for the disaster response and the decommissioning are introduced, and technologies and its societal dissemination, which are demanded for disaster prevention and disaster response in the future, are discussed.


BioHajime Asama received M. S., and Dr. Eng. from UTokyo (the University of Tokyo) in 1984 and 1989. He worked at RIKEN, Japan from 1986 to 2002, became a professor of RACE (Research into Artifacts, Center for Engineering) of UTokyo in 2002, a professor of School of Engineering since 2009, and the director of RACE since 2019. He received SICE System Integration Division System Integration Award for Academic Achievement in 2010, JSME Award (Technical Achievement) in 2018, etc. He was the vice-president of RSJ in 2011-2012, an AdCom member of IEEE Robotics & Automation Society in 2007-2009. Currently, he is the president of IFAC since 2020. He is a council member of the Science Council of Japan since 2017. He is a Fellow of IEEE, JSME, and RSJ.
His main research interests are service robotics, distributed autonomous robotic systems, embodied brain science systems, and cognitive ergonomics. 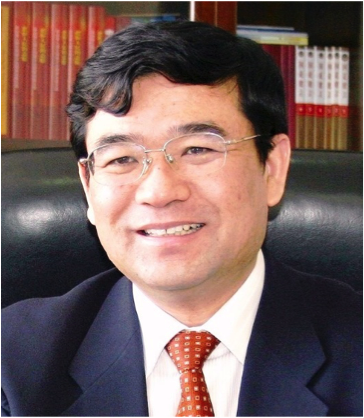 AbstractIn traditional control theory, the plant to be controlled or regulated usually does not have its own payoff function, however, this is not the case for many practical systems such as those in social, economic and the future “intelligent” systems, where the systems to be regulated may have their own objectives which may not be the same as that of the global regulator or controller, and we may call such hierarchical decision making systems as game-based control systems (GBCS). This lecture will present some backgrounds for introducing GBCS followed by an investigation of the characteristics and properties of GBCS. It will be shown how the macro-states of the GBCS may be regulated by intervening the Nash equilibrium that is reached at the micro-level. In particular, we will provide some basic results on global controllability and stabilizability of linear GBCS with multi-players at the micro-level. Both deterministic and stochastic cases will be investigated, and a main technical issue involves the analysis and control of forward-backward (stochastic) differential equations.


BioLei Guo was born in 1961, received his BS degree from Shandong University in 1982 and Ph.D degree from the Chinese Academy of Sciences(CAS) in 1987. He is currently a professor of the Academy of Mathematics and Systems Science, CAS, and serves as the Director of the National Center for Mathematics and Interdisciplinary Sciences, CAS. He is a Fellow of IEEE, a Member of CAS, a Foreign Member of Royal Swedish Academy of Engineering Sciences, and the recipient of the Hendrik W. Bode Lecture Prize from the IEEE Control Systems Society in 2019. His research interests include systems identification, adaptive filtering, adaptive control, adaptive game theory, control of stochastic and nonlinear uncertain systems, feedback capability, systems theory, multi-agent systems, and game-based control systems. 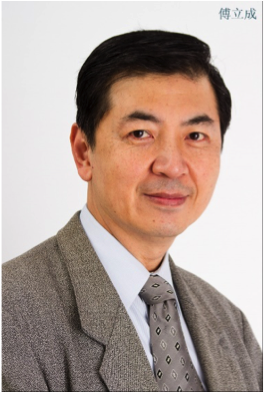 AbstractStarting in the 21st century, phenomena such as hyper-aging societies and urbanization have become increasingly commonplace all over the world, particularly in developed societies. As a result, there is a projected severe manpower shortage in the healthcare sector in the next 20-50 years. Socially Assistive Robotics is an emerging field of robotics that aims to design and deploy robots that, through social interaction, can provide a service to their user. Rather than dealing with physical tasks, these robots socially engage the user (e.g. through conversation) in order to provide information, companionship, education, etc. In recent years, with the sharp progression in new technologies such as Big Data and IoT, an unprecedented level of detail can now be gathered from users through unobtrusive sensors and technologies. Artificial Intelligence enables robots to make use of this information and take actions that can positively affect the Quality-of-Life of end users. From monitoring and adjusting the home temperature to keeping track of the vital signs of the end user and giving medical advice when required, socially assistive robots could cover a large variety of tasks on behalf of the user or their caregiver, potentially becoming a valuable caregiving tool of the future personal healthcare industry.


BioLi-Chen Fu received B.S. degree from National Taiwan University, Taiwan, R.O.C., in 1981, and M.S. and Ph.D. degrees from University of California, Berkeley, U.S.A. in 1985 and 1987, respectively.
Since 1987, he joined National Taiwan University, and has been awarded Irving T. Ho Chair Professor and NTU Chair Professor since 2007 and 2020, respectively. Currently, he serves as Director of NTU Center for Artificial Intelligence (AI) and Advanced Robotics as well as Co-director of MOST (Ministry of Science and Technology)/NTU Joint Research Center for AI Technology and All Vista Healthcare. So far, he has received numerous academic recognitions, such as Distinguished Research Awards from National Science Council, Taiwan, R.O.C., Macronix Chair Professorship, Academic Award as well as National Chair Professorship from Ministry of Education, Taiwan, R.O.C., IEEE Fellow in 2004, and IFAC Fellow in 2017. He is now serving as Editor-in-Chief of the Asian Journal of Control as well as Advisory Committee member of Asian Control Association, and has served as Vice-President of IEEE Control Systems Society from 2017~2018. His research interests include social robotics, smart home, visual detection and tracking, virtual reality, and control theory & applications. 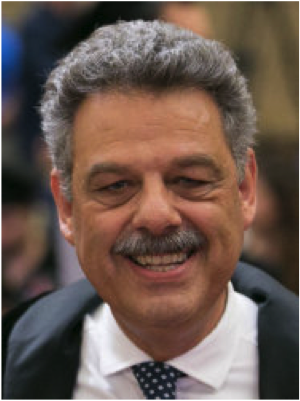 AbstractSmart interconnected process systems need to be safe, reliable, available 24/7, and low-cost maintenance – the Industry 4.0 vision. Therefore, health monitoring, fault diagnosis, and fault-tolerant control are of customary importance to ensure high levels of safety, performance, reliability, dependability, and availability. In the lecture, I refer to the process industry as a paradigmatic context in which faults and malfunctions can result in off-specification production, increased operating costs, production line shutdown, dangerous conditions for humans, and detrimental environmental impact. Faults, malfunctions, and cyber-attacks need to be detected promptly, and their source and severity should be diagnosed so that corrective actions can be taken as soon as possible. Once a fault or a cyber-attack is detected, the faulty subsystem can be unplugged to avoid propagating the fault in the large-scale interconnected system. Analogously, once the issue has been solved, the disconnected subsystem can be re-plugged in.

High-fidelity digital twins represent a game-changing key enabling technology to design effective and accurate distributed fault diagnosis systems without reliable process data under faulty scenarios. In the talk, an adaptive approximation-based distributed monitoring approach for large-scale systems will be dealt with. We exploit a "divide et impera" approach in which we decompose the overall detection problem into smaller sub-problems that are solvable within "local" computation architectures. The distributed detection, isolation, and identification task is broken down and assigned to a network of "Local Diagnostic Units," each having a "local view" of the system. In the lecture, we address a real industrial use case.


BioProf. Thomas Parisini received the Ph.D. degree in electronic engineering and computer science from the University of Genoa, Genoa, Italy, in 1993. He was with Politecnico di Milano and since 2010, he has been holding the Chair of Industrial Control and is the Director of Research with Imperial College London, London, U.K. He is a Deputy Director of the KIOS Research and Innovation Centre of Excellence, University of Cyprus, Nicosia, Cyprus. Since 2001, he has also been the Danieli Endowed Chair of Automation Engineering with University of Trieste, Trieste, Italy. In 2009–2012, he was the Deputy Rector of University of Trieste. In 2018, he received an Honorary Doctorate from University of Aalborg, Aalborg, Denmark. He authored or coauthored more than 320 research papers in archival journals, book chapters, and international conference proceedings. His research interests include neural-network approximations for optimal control problems, distributed methods for cyber-attack detection and cyber-secure control of large-scale systems, fault diagnosis for nonlinear and distributed systems, nonlinear model predictive control systems, and nonlinear estimation.

Dr. Parisini was the Co-recipient of the IFAC Best Application Paper Prize of the Journal of Process Control, Elsevier, for the three-year period 2011–2013 and of the 2004 Outstanding Paper Award of the IEEE Transactions on Neural Networks. He was also the Recipient of the 2007 IEEE Distinguished Member Award. In 2016, he was awarded as Principal Investigator at Imperial of the H2020 European Union flagship Teaming Project KIOS Research and Innovation Centre of Excellence led by University of Cyprus with an overall budget of over 40 Million Euro. In 2012, he was awarded an ABB Research Grant dealing with energy-autonomous sensor networks for self-monitoring industrial environments.

A part of Special Programs related to Smart Manufacturing in SICE2021 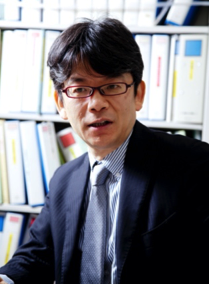 AbstractThe advancement of leading technology such as IoT, DX, and AI etc. are expected to enhance the level of efficiency and safety in various industrial areas. Although the combination of big data and advanced information technology may have significant potential, it should be also noted that the application of such information technology may not work so well when they are applied to the socio-technical systems, where human and system interact each other to achieve system goals under situations with significant uncertainties and unstated restrictions. The concept of Safety-II has been proposed to enhance the safety of socio-technical systems, in which the importance of human positive contributions to safety is emphasized.
In this talk, the concept of Safety-II will be presented followed by the concrete examples from Cyber Security, Nuclear Industry and 3.11 Disaster in Tohoku area.


BioMakoto Takahashi received the B.E degree, the M.E and D.Eng. degrees in nuclear engineering from Tohoku University, Sendai, Japan, in 1984, 1988, and 1991, respectively. After spending four years at Kyoto University as a research associate, he is currently Professor of graduate School of Engineering Tohoku University. He is also an adviser of Control System Security Center :CSSC (Tagajo, Miyagi). His research interests include cognitive engineering, safety of socio-technological system, cyber security and risk communication.